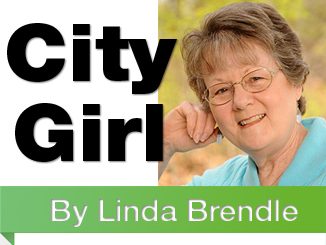 January is National Human Trafficking Prevention Month. During the month, the Texas Department of Family and Protective Services makes fighting against human trafficking a priority, and strives to improve awareness, services and prevention efforts to help eradicate trafficking in Texas. […] 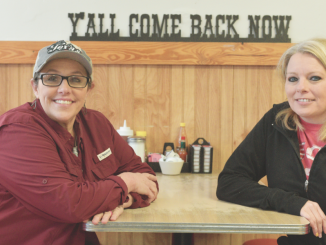 Hometown ladies, Denice West and Carla Weddle, partnered up and bought the Y’all Come Back Café, in August 2021, a few months after the previous owner died from a car accident. […]

Several weeks ago I wrote a column about a friend who had been on the receiving end of a very unkind attitude and some very unkind words. These words came from an erroneous assumption based on her appearance after surgery and extensive chemo and radiation treatments. […]

On New Year’s Eve, David asked me the big question of the day: Have you made any resolutions this year? I was already prepared with my answer based on a memory that had popped up on Facebook earlier that day. […]

Christmas shopping is usually pretty simple around the Brendle household. David and I exchange a few gifts with each other, but our needs are few and our budget is limited, so shopping isn’t complicated. […] 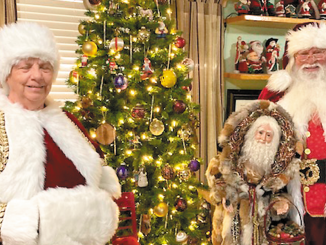 Bill Gaston loves Christmas like a lot of people living in Rains County, and he loves playing Santa Claus and helping kids. In fact, he is so busy being Santa and distributing toys to kids that it has become his year-round job. […]

Warning! This is not a typical light-hearted, feel-good column that will leave you with a smile. It is a full on rant against cruel and insensitive people whose words leave wounds that may never heal. […]

In the late 18th or early 19th century one of two newsmen coined a phrase about the newsworthiness of a certain event. Both are given credit, but whoever said it was probably right: “When a dog bites a man, that is not news, because it happens so often. But if a man bites a dog, that is news.” […] 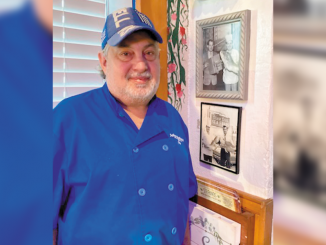 John Louis Stefanos, owner of Stefanos Greek Kouzina, located at 234 Quitman, says that he has always known he was related to Emory Rains, Founding Father of Rains County. […]

After a COVID cancellation last year, Christmas around the Square is returning to downtown Emory this Saturday from 8:00 a.m.-9:00 p.m. I had participated in this annual tradition twice as a vendor, and Christmas 2021 didn’t seem complete without it. […]